Data Governance, Data Leadership or Data Architecture: What Matters Most?

Three Ways to Prevent Your Digital Transformation From Stalling

Airplanes have a “stall speed,” below which their wings can’t produce enough lift to keep them in the air. While that obviously makes it important for pilots to keep an eye on the airspeed indicator, the underlying reason for a stall is fundamentally about disrupting airflow around the wing.

Even if a pilot puts the pedal to the metal, stalling can be equally inevitable if the aircraft is flying at too sharp an angle.

And for any given aircraft, there’s an optimal “angle of attack” to generate the most lift without introducing turbulence (historically called the “burble point”).

What Is Business Intelligence?

How Low-Code Analytics Will Democratize Data

CloudOps: A framework for optimizing your cloud operations

Data, data everywhere: why you need an enterprise data platform...

CIOs have the greatest impact on business...

Why public clouds lead with renewables

Integrating a Data Governance Program in Your Organization... 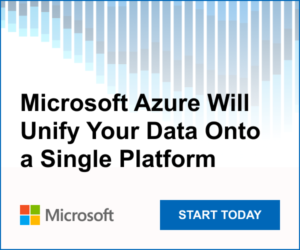